Heinz History Center,
“A Life, in Art: Shelly Blumenfeld” – View full article
“Mother’s Day on Logan Street” tells three Pittsburgh stories. The first is the story of a childhood in the Lower Hill District. The second is the story of an artistic apprenticeship in a distinctly Jewish setting. The third is the story of a master looking back on her life.”

Pittsburgh Post-Gazette,
“Documentary reveals the rich stew of immigrant life in the Hill District” – View full article
“Equally evocative are paintings by Rochelle Blumenfeld, whose grandfather, Sam Reznik, ran a Logan Street store where the clothes hung from the ceiling.”

Pittsburgh Tribune Online,
“Blumenfeld’s latest solo exhibition depicts her childhood in the Hill District” – View full article
“…I just really wanted my grandchildren to have an idea of what it was like when I was growing up,” Blumenfeld says as to why she created these paintings. But she hopes others will find meaning and memories in the visual stories they tell as well.”

The Jewish Chronicle, “Memories of the Hill come alive through Blumenfeld exhibit” – View full article
“…The octogenarian has created a nostalgic collection of paintings based on her memories of growing up in the Hill District during the 1930s and 1940s.”

Shady Avenue Magazine, “Registering the Past” – View full article
“…Executed in a naive, representational style, the new series of more then a dozen paintings depicts the colorful, crowded, multicultural community that was Pittsburgh’s Hill District during the artist’s childhood in the 1940’s.”

The Daily News, “Palette Talk” – View full article
“…The paintings are powerful, and leave the viewer feeling joyful and triumphant.”
Blumenfeld’s paintings are her comment on life. As she describes it, “Life continually alters its course on an unknown journey, coping is not always easy… Through the color, the light, the motion and the composition, I hope to show a changing and better time, still not knowing what’s around the corner.”

Tribune Review, “Exhibit shows inspiration across art forms” (6-11-04)
“…Blumenfeld captures the sheer energy, raw spirit and emotion of the ballet while at the same time, much like the ballet itself, reveals that feelings of hope, inspiration and exhilaration have no cultural boundaries.”

• Pulp, “Visual Movement” (June, 2004)
“Local artist and dance company join forces for a unique collaboration.”
Blumenfeld says, the project has made her “part of the dance in a spiritual way. The dancers inspired me to paint. The painting inspired Mary to dance and her choreography inspired the music. One artist can affect many works.”

• The Jewish Chronicle, “Rochelle Blumenfeld’s art goes from ballet to canvas and back to dance” (5-20-04)
” … “Celebration of Spirit” has nothing to do with traditional religion, said Blumenfeld, who also painted Judaic art, some of it purchased by Hallmark. Nor is it about black and white racial issues. “I just see it as art,” Blumenfeld said. Like Ailey’s ballet, “it was a mix of races. Like life should be.”

• WQED-TV “On Q” (November 2002)
TV special about Rochelle Blumenfeld and her artwork. Interview with the artist.

Selected Quotes about the Artist:

• Ballet Lovers Guide (February 2001)
“..the pictures that accompany my writing today and accompanied my piece in the summer issue were all done by Rochelle Blumenfeld. She has captured the energy and spirit of the dance in a way that boggles the mind. There is such feeling in these paintings.”
— by Camille Ratteray Vann

• “3 ‘Visions’ Unwrapped” 4-4-97
“Rochelle Blumenfeld’s vision is awe-inspiring”.
“The paintings are powerful, and leave the viewer feeling joyful and triumphant.”

• Pittsburgh Tribune-Review, “Style” 3-31-97
“With extraordinary clarity, meticulous brushstrokes, and a ravishing attention to detail, every piece in the well-curated collection of 19 pieces radiates a powerful profusion of joy.”

“Her body of work is displayed in permanent collections of major museums, corporations and private collections the world over.”

• Pittsburgh Post-Gazette, “Blumenfeld’s Abstracts Score Here”
“Notice how her familiar veils have more stiffness and harded edges and how a greater sense of tension exists where planes of color join. They seem to be merging or pulling apart.”

“The painter’s surfaces are growing more complicated. In one there are faint signs of a figural motif, in another a modification of the letter V in a white band on red.”

• The Jewish Chronicle, “Coming Soon: Art Show by Blumenfeld” 2-27-97
“It is through painting that Blumenfeld finds her expression in bold strokes and fluidity…”

• Pittsburgh Post-Gazette, “Blumenfeld’s abstracts mimic motion” 4-12-97
“This highly skilled artist patiently constructs multiple planes that form deep, curving geometric canyons that wrap in upon themselves, as in the mesmerizing “Banding Together”. Others split apart and refract cool light like clusters of crystals or broken glass.”

“Blumenfeld has the ability to control and define…”

• Pittsburgher Magazine, April 1980 “Art”
“In an age of promotion mania and hyper hype, Shelley Blumenfeld, who season after season performs the alchemical feat of transmuting base elements like acrylics on canvas into gold, is a sweet sweet rarity.”

“Her canvases reveal that she is expert at expressing feelings of freedom and infinite space within the confines of a frame.” 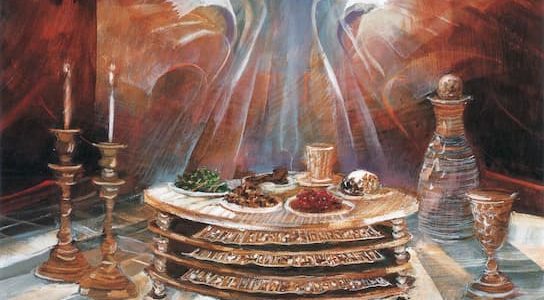 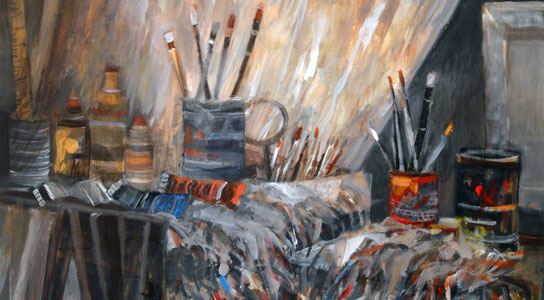 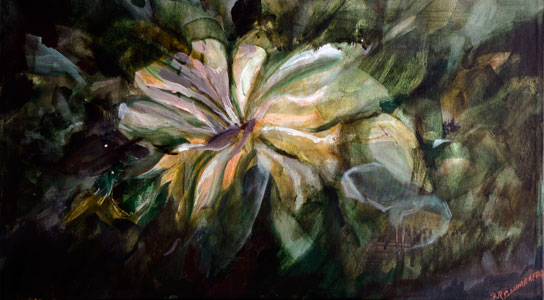 Transactions are performed via a SSL server to ensure your privacy

If you want to get more information about paintings (including commissions), or if you would like to pay by check or money order, please contact the artist